Disordered function of polycystins is the basis for cyst formation in PKD by permitting a less differentiated tubular epithelial phenotype.

UTI and renal calculi are common

Infection (second most common cause of death for patients with ADPKD)

Cerebral aneurysms (occur in 4 to 10% of patients)

No specific medication is available for ADPKD. However, pharmacotherapy is necessary to accomplish the following:

Control blood pressure: Drugs of choice are ACEIs or ARBs

·       Surgical drainage: usually in conjunction with ultrasonographically guided puncture; in  cases of infected renal/hepatic cysts not responding to conventional antibiotics.

·       Open-/fiberoptic-guided surgery: For excision/drainage of the outer walls of cysts to ablate symptoms.

·       Liver Transplantation: In cases of portal hypertension due to polycystic liver or hepatomegaly with nonresectable areas. 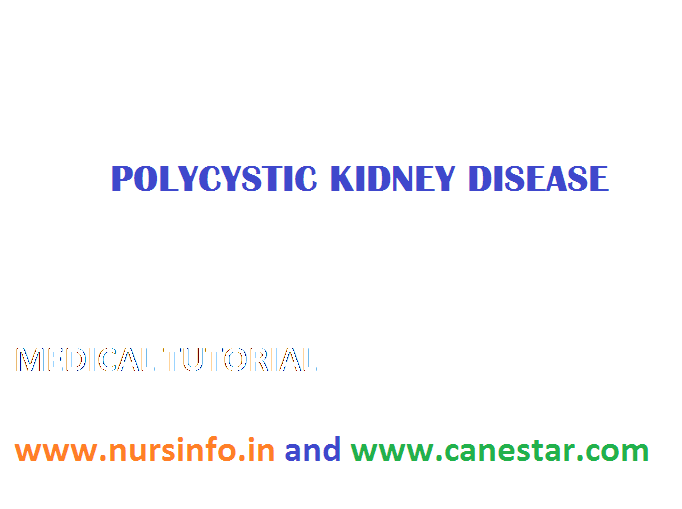